Psychoanalysis Under Nazi Occupation. The Origins, Impact and Influence of the Berlin Institute

Laura Sokolowsky’s survey of psychoanalysis under Weimar and Nazism explores how the paradigm of a ‘psychoanalysis for all’ became untenable as the Nazis rose to power.

Mainly discussing the evolution of the Berlin Institute during the period between Freud’s creation of free psychoanalytic centres after the founding of the Weimar Republic and the Nazi seizure of power in 1933, the book explores the ideal of making psychoanalysis available to the population of a shattered country after World War I, and charts how the Institute later came under Nazi control following the segregation and dismissal of Jewish colleagues in the late 1930s. The book shows how Freudian standards resisted the medicalisation of psychoanalysis for purposes of adaptation and normalisation, but also follows Freud’s distinction between sacriﬁce (where you know what you have given up) and concession (an abandonment of position through compromise) to demonstrate how German psychoanalysts put themselves at the service of the fascist master, in the hope of obtaining oﬃcial recognition and material rewards.

Part I. 1. The Golden Age of the Berlin Institute  2. Asserting the Authority of Psychoanalysis  3. The Original 1930 Report  Part II. 4. Institute, Training and Society  5. Psychoanalysis versus Psychotherapy  6. The End of an Experiment  7. Conclusion

Laura Sokolowsky is a psychoanalyst and member of the École de la Cause Freudienne and the World Association of Psychoanalysis. She is the current director of the psychoanalytical journal La Cause du désir. 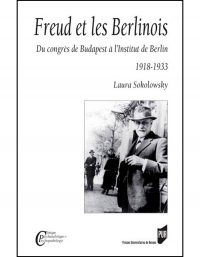